Wifi-6 – How to increase your wifi speed

The Trend is clear – Wireless performance has become critical!

However the confusion we are hearing from people at the moment is intense!

The new standard is 802.11ax aka Wifi-6, (Released July 2019) which brings us some real world functional updates. 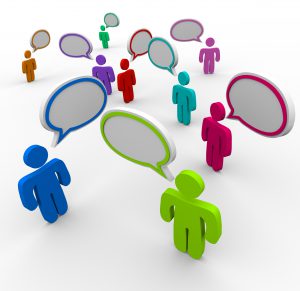 However, we are seeing more and more devices connected every day; Notebooks, Televisions, Phones, Watches, Door Locks, Lights, Music, Fridges, Window Openers, not to mention Virtual Reality, Online gaming and Security camera streaming, which means their conversations are also getting longer and longer, and the call to increase the wifi speed is getting louder and louder!

and… they’re all connected to the same Access Point all slowing down the Wifi.

Wifi-6 now allows us to have multiple conversations simultaneously!

The underlying technology behind Wifi-6 is called OFDMA (Orthogonal Frequency Division Multiple Access) and it allows us to split a single 20Mhz wifi channel in up to 9 x clients (depending on the model of Access Point you purchase) for simultaneous transfer.

That means that up to 9 people could all talk at the same time, and hence finish their conversations a LOT faster!

The other interesting technology in Wifi-6 is TWT (Target Wakeup Time).

With all previous Wifi versions, you connect to your access point and say ‘Do you have anything for me?’ .. over and over..  But now with Wifi-6, TWT tells you to go to sleep, then when I have data for you i’ll wake you up. Imagine the bandwidth savings!

And in a world where users are demanding faster connectivity, Wifi-6 is the answer.

And of course the quicker you finish and leave the conversation the more new people could enter, making it up to 4 x the capacity of Wifi-5 and up to 25% higher throughput! Its a sure fire way to increase your wifi speed!

So, if you are looking for how to increase your speed, look for Wifi-6 Access point that supports OFDMA, you need to look for models that contain up to 8×8:8 MU-MIMO with beamforming (this would give you up to 8 x simultaneous channels).

The three new cloud-managed WiFi-6 access points are known as the MR36, MR46, and MR56.

Upstream MU-MIMO and OFDMA on all three models helps address wireless environments with high density and a large amount of uplink traffic, such as VoIP-heavy environments, live events, stadiums, auditoriums, and enterprise HQ offices. Cisco is even doing the first test of Wifi-6 at a Major Sporting Event. (Read about it here)  at the Pebble Beach links golf tournament, where they are rolling out 350 MR Access points!

The MR36 will be the first 2×2 WiFi-6 AP in the Cisco portfolio, offering an entry-point to those wanting to upgrade to WiFi-6.

Can you add to the conversation? Leave a comment

Send us a private message